Jazz in Europe from Paris to Prague

Jazz in Europe, from Paris to Prague

As someone with an unwavering passion for both music and history, I found writing this article to be deeply interesting and have learned a great deal along the way. Through extensive research, I have been able to discover how in the early 1920s people from contrasting social and cultural backgrounds influenced one another and completely changed the music scene within Europe. Uncovering the truth about how Jazz made its way to Prague has been somewhat of a challenge. However, the theory I will continue to present is based on facts and actual events.

The 369th Infantry Regiment was founded in the United States on June 2nd 1913 and throughout both World Wars, it fell under the umbrella of the New York Army National Guard. The regiment was composed mainly of African-American soldiers, and served the American Expeditionary Forces during the First World War. The 369th had been branded several different nicknames, some of which included, “The Black Rattlers” and “Hell Fighters”.

During this dark period in history, many African-Americans faced a lot of adversity, including heavy discrimination. A common conjecture among them was that by serving in the Great War, they would return home as brave heroes worthy of great honor and respect. They concluded that joining the United States Army would prove their value as American citizens, and consequently earn them equal treatment to their white compatriots. Sadly, things didn’t turn out as they had anticipated.

Due to the wave of white supremacy increasingly tightening its grip over the United States, many of the African-American troops were sent to Europe – especially France – where the social environment was far more welcoming and tolerant toward different races. Many of the soldiers deployed to France eventually decided against returning to the United States, since the treatment they received was far superior to that which was afforded to them in their homeland.

Among the 369th Infantry Regiment were a number of talented musicians. In fact, many of the soldiers sang and played instruments in the 369th Regiment Marching Band, which soon became one of the most famous military bands in Europe for their lively jazz rhythms and catchy melodies.

In those days, Paris was recognized as one of the most important hubs in the world for both art and music. The city’s nightlife began to blossom, with more and more jazz clubs cropping up. They would stay open until late, with musicians gathering together to perform until the early hours, forming the birth of what we know as nightclubs today.

It was during this time that members of the black community were finally able to express their culture, identities, and the strength of their artistic talents. They became bearers of a refined new style of music that few in Europe were accustomed to.
This new wave of music took place in Montmartre, Paris, shortly after the end of the First World War. It was the inception of jazz in Europe which later developed into what we know nowadays as the “Black Montmartre” phenomenon. Among the household names to have emerged from this wave was Josephine Baker – an Afro-American born in Missouri who came to Europe in 1925 – and found her fame as a French entertainer.

Moving into the early 1930s, the time before Nazi-Fascism would take over much of Europe, leading the entire planet into one of the darkest and most horrific eras of human history. In this period, personalities such as Django Reinhardt (a young boy of Romani ethnicity from Belgium) and Stephane Grappelli were the pioneers of the so-called gypsy jazz.

This spirited genre comprised songs with upbeat tempos that would put a shiny smile on even the most melancholic. Its chromaticism made of mordents and trills includes string bends, pizzicatos, glissandi and many other refined embellishments. Gypsy jazz (also known as Manouche) has antique roots and played a dominant role in the history of European music.

At this point – given the cultural freedom that was spreading all over the Old Continent right before Nazi Germany would destroy this fervent artistic period – I have found myself wondering; could jazz have been introduced to Prague by a group of swashbuckling gypsies that made their way to central Europe from Paris? Is it possible that a breath of jazzy air had arrived in the capital of the then-named Czechoslovakia thanks to the merry pizzicatos of a gypsy guitar? We know for a fact that before Black Montmartre jazz was entirely unknown to Europeans, and Prague was another city that was ready to facilitate musical mishmash.

The very first area of Prague to embrace the nightlife culture and those from different ethnic groups was Žižkov, which to this day is profoundly linked to the Czech Romani community. If the type of social integration happened as I’ve theorized, then it may give us some clues as to how citizens of Prague originating from different backgrounds happened to meet each other and merge their cultures through the universal language of music. While there may be no hard evidence to prove this theory, it is certainly credible.

One man that undoubtedly deserves to be mentioned and accredited for his pivotal role in the Czech jazz scene is Jaroslav Ježek. Born in 1906 in the quarter of Žižkov, he was a Czechoslovakian composer, conductor and author of jazz with the peak of his production stretching from the early 1920s until his death in 1941.

Between 1929 and 1936, he founded and conducted an orchestra, performing his own jazz arrangements. They were known as “Ježek’s Jazz”, or “Ježkův Swingband”, and had worked for the Czechoslovakian Ultraphon Label. Some of his most notable works include “Bugatti Step” (1930), “Teď ještě ne” (1931) and “Rubbish Healp Blues” (1937).

Thanks to an encounter with leaders of Osvobozené Divadlo (avant-garde Liberated Theatre of Prague founded in 1926), Jan Werich and Jiří Voskovec, Ježek was given the opportunity to produce music for ballets and several satirical plays. It was this work that ultimately led to his rise to fame, eventually seeing him become of the most popular jazz composers in Czechoslovakia before the Second World War.

If we are to dissect the research I have conducted whilst writing this article, we can observe that thanks to a fertile environment which embraced cultural diversity, people from different social backgrounds were able to collaborate in ways that ultimately led to the pinnacle of their creative potential. This is the product that manifests when art expresses and feeds itself, especially in the history of music where growth and progress is accessible only through interaction and entwinement with something or someone that was previously unknown. 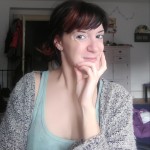