An Interview With Tonny Smith Kiganda of virunga

Tonny Smith Kiganda is passionate about his favorite fruit, the banana. But when he moved to Prague, the options at Czech supermarkets left him underwhelmed. “The bananas tasted like nothing,” recalled Kiganda. On trips to his native Uganda, Kiganda began carrying bananas and other fruit in his suitcase back to the Czech Republic. Fortunately for him, the customs restrictions in the country are not as stringent as in others. Soon he began transporting fruits not only for his personal consumption. Kiganda started advertising his fruit hauls on an online sell-and-buy group, taking the metro to personally drop off the produce to customers. “I saw the need to connect family growers in Africa to the market here,” said Kiganda. There was an immediate demand.

What started as a small online venture turned into his company, virunga (written in small letters). The business model is simple. The company pays Ugandan families for the surplus of their fruits grown at home, then it ships the fruits to Prague where they are sold online and at farmer’s markets. I spoke to Kiganda about his tropical fruit business recently at a café in Vinohrady. He had brought with him a generous supply of products. In the box, there were mangoes, two different varieties of passion fruit, and a salak or snake fruit, a fruit from Indonesia with a rind that feels and looks like snakeskin. There was an avocado much larger and less wrinkled than the ones I am used to seeing in the supermarket, and there were also bananas of a much smaller variety. Aptly called baby bananas, the variety is one of many grown in Uganda.

It turns out that the bananas I am accustomed to are of the Cavendish cultivar. While there are many cultivars, Cavendish bananas are among the most widely sold in the world. The Food and Agriculture Organization estimates that Cavendish bananas account for 47% of global banana production. In Uganda, per capita consumption of all cultivars of banana exceeds 200 kg, and in rural areas, the fruit can provide up to 25 percent of the daily caloric intake. Cooked and mashed matoke, a banana of the East African Highland cultivar, is considered Uganda’s national dish.

You will not find virunga selling Cavendish bananas. Kiganda’s objective is to introduce the taste of other fruit varieties to the Czech market. Since receiving its first shipment in 2016, virunga has grown to include approximately six full-time employees and numerous part-time students workers, who assist Kiganda at farmer’s markets throughout the Czech Republic and even in select Slovakian cities. Today, more than 165 families across Uganda and Tanzania supply the company with fruit. Kigana insists that the families not spray pesticides. The fruit is considered organic, but the company has not received an official certification due to the high costs associated with obtaining the bio certification.

Launching the company was not all smooth sailing, recalled Kiganda. Sometimes the fruits would come already spoiled. Poor packaging also led to damaged produce. Kiganda also remembers spending the night at the airport waiting for customs to release his produce. Now, Kiganda has created a system whereby the time from picking from the fruit from a tree to picking it up at the airport typically takes less than 48 hours. On a given week, the family growers will pick their fruit on a Tuesday. The fruit is sent to a packaging center and then shipped by plane on Wednesday from the Ugandan city of Entebbe to Prague through a connection in Doha, Qatar. By Thursday afternoon, the fruits arrive at the airport, ready to undergo inspection by customs. Longer-lasting fruits such as passion fruits or bananas arrive later, typically on a Monday.

Kiganda named his business after the Virunga National Park in the Democratic Republic of the Congo, which is one of the most biologically diverse areas in the world and is home to critically endangered mountain gorillas. While the Democractic Republic of Congo is rich in natural resources, it consistently has the lowest, nominal GDP per capita in the world largely due to corruption. By comparison, Uganda, which lies west of the Democractic Republic of Congo, has experienced economic growth. According to data from the World Bank, in 2018, Uganda recorded a GDP growth of 6.2 percent. But economic growth has not always led to poverty reduction. In 2016, 21.4 percent of the population lives at the national poverty line. A 2017 report found that 11 million Ugandans face acute food insecurity.

Most of the Ugandan families that sell fruit to virunga rely entirely on the company for their income. Because they would rather have expendable income, this means that the families often forgo eating their own fruit. Kiganda recognizes this is an issue, but he believes he is making an impact. “Some of us have lived their lives and we know what it is like to be poor. Personally, I will derive satisfaction if virunga is sustainable and if families can rely on it for their daily living. If you do it right, you affect lives,” said Kiganda. Besides paying the families for their fruit, Kiganda also organizes charitable donations on their behalf. When he travels to Uganda – every three months he approximates – he brings Czech products to the families. I asked what he typically brings. “Medovník cake. They love it,” he laughed. As for Czech bread, they were not partial to its taste; Ugandans prefer sweeter breads.

At the moment, Kiganda said virunga has no genuine competitors. “There are people in the Czech Republic that sell exotic products, but no one has the hand-to-hand model that we have,” elaborated Kiganda. “We know the families that plant it. We are on the ground meeting the families, speaking to them about their needs.” Large supermarkets, such as Albert and Bila, do sell tropical fruits, but they typically offer common varieties. Customers pay a premium for the exotic tastes that come with virunga’s varieties. For example, a virunga avocado between 0.4 and 0.6kg goes for 99Kč ($4.29), where an organic Hass avocado sold at Albert typically sells for 49Kč ($2.12). The Observatory of Economic Complexity estimates that tropical fruits account for 1.7 percent of the foods imported to the Czech Republic; imported fruits from Africa make up only 9 percent of the total.

Besides offering an exclusive product, virunga’s sales at farmer’s markets allow the company to communicate with its customers about best practices in food preparation. Kiganda says this personal touch is important, as some Czechs are unfamiliar with the fruits. “Our best sellers are pineapples, which most people know how to eat. But with jackfruit, I have to explain how to cut it. Or with sugarcane how to prepare it,” said Kiganda. He found that many people shook avocados, as one would shake a coconut. “When you shake the avocado, it makes it spoil faster,” laughed Kiganda. When market-goers shake avocados at his stand, he puts them aside. “I do not want to offend them,” admitted Kiganda.

Kiganda recognizes that growing the business too large would affect its ability to remain sustainable. Already, he has received customer feedback about the company’s carbon footprint. In order to offset their emissions, Kiganda said they have started to plant trees throughout Uganda. The company has also begun to sell sun-dried fruits to cut down on waste generated when fresh fruit arrives in Prague spoiled. In the future, Kiganda wants to teach the family growers more about value-addition, such as creating new products from fruit skins. Ultimately, Kiganda’s goal is to keep adding family growers to his roster and expand his business sustainably. “The beauty lies in touching the families’ lives,” said Kiganda. “It’s on a small scale, but it’s direct.” 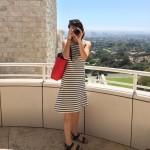