The Czech Republic is in the grips of the worst drought in half a millennium, following closely after a period of flooding. Both droughts and floods have left markers with dates that can be found by those who know where to look.

Droughts can be tracked by hunger stones, which are usually hidden until another drought occurs. These rocks with dates and sometimes ominous inscriptions were placed in dry spots that were, in good times, far under the river surface.

In Northern Bohemia, several such stones had been popping up in the Děčín area, near the German border on the Labe river, which becomes the Elbe in Germany. They have been visible on and off since 2015, when the current cycle of drought began.

These stones have an almost thousand-year-long tradition in Central Europe, with the oldest recorded one on the Elbe near Pirna, Germany, dating to 1115 AD. It is mentioned in the city archives, but its exact location, if it even still exists, in unknown.

The oldest one in Central Europe that can be actually located dates to 1417. The earliest inscriptions have been wiped away by time and river traffic. Dates of other droughts cover the surface in a variety of lettering styles.

This monument is located near the Tyrš Bridge (Tyršův most) in the centre of the town of Děčín. And while there are other hunger stones, this one is referred to as the Hunger Stone, as it is the largest and oldest, and due to its colourful inscriptions, the most interesting. Others simply have dates, occasionally in Roman numerals, but no warnings.

The more famous Děčín stone in Czech is called Hladovy kamen, and in German it’s Hungerstein. The monument has even driven scientists to a poetic turn. A 2013 academic paper by eight Czech climate scholars refereed to the stone being “chiselled with the years of hardship and the initials of authors lost to history” before pointing out the fairly obvious, that the stone “expressed that drought had brought a bad harvest, lack of food, high prices and hunger for poor people.”

The appearance of the hunger stones are seen as a harbinger of bad times, though, it is hardly akin to telling the future from tea leaves as drought can never really be considered a good thing. Hunger and death were sure to follow, at least until modern times when food security improved somewhat in Europe — though rising food prices and the risk of wildfires are still no source of joy.

The stone has a rhyming inscription in modern Czech: “Neplač holka, nenaříkej, když je sucho, pole stříkej”, meaning “Don’t weep, Girl, don’t wail; when it’s dry, spray the field”. This was actually an advertising slogan from 1938 for a company that made irrigation pumps.

Another phrase on the rock is “When you see me, cry”, with the double meaning that you are in hard times filled with sorrow, and tears are your only source of water. Equally grim is the phrase “We have cried, we are crying, and you will cry”.

The May 23, 1919, edition of the Australian weekly newspaper, The Albury Banner and Wodonga Express, carried a story called “Omens of Disaster” connecting the appearance of the Hunger Stone in Děčín to the end of World War I and rounding up several other examples of similar superstitions.

It is typical of a filler story for a rural newspaper that had more space than news. But part is worth quoting:

“‘When thou see’st me, then weep!’ Such is the inscription carved upon the boulder known as the Hunger Stone. This stone lies in the River Elbe, rear Tetschen in Bohemia, and the legend runs that when the waters of the river fall away so as to bare the stone, calamity comes upon Germany.

The stone has upon it a number of different inscriptions, dating from the year 1417, which was the time when the awful Hussite (sic) Wars ravaged Germany,” the paper stated.

The opening saying is from 1904 and originally was in German: “Wenn du mich siehst, dann wein”. ( When you see me, then weep)

The anonymous author was blissfully unaware that Tetschen, or Děčín, was actually part of the newly formed First Republic of Czechoslovakia. The paper also fudges the details of the Hussite Wars a bit, as they began in 1419, and were mostly in Bohemia.

Undaunted, he or she ploughs on.  “The truth of the prediction has been verified time and time again. and now, according to the ‘Wiener Tageblatt,’ once again has come true, as the water has reached the lowest level known for five centuries, and so most certainly has Germany herself,” the Australian weekly added, referring to Germany’s recent loss in World War I and subsequent domestic problems such as economic collapse and the Spanish flu.

The Albury Banner and Wodonga Express then goes on to mention a legend in South Africa about a dry lake foretelling the loss of Boer independence, the death of Queen Victoria after a slab collapsed at Stonehenge, and finally the death of King Edward when Good Friday fell on Lady Day, or March 25.

Conversely, though, some papers such as the Canonsburg, Pennsylvania, Daily Notes in a September 1928 squib about the Rhine river make reference to the exposed hunger stones meaning a good year for wine, as it did in 1911 and 1921, as well as the “comet year” of 1811. It’s an ill wind that blows nobody good fortune, it seems — hunger for some, good wine for those who can afford it.

The Tyrone, Pennsylvania, Daily Herald in September 1932 sticks with the bad omen theory, but adds that the new ability to use modern transportation to call on the food supplies of neighbouring areas means the stones have “lost most of their prophetic significance”.

The famous Děčín Hunger Stone actually is visible more often than in the past due to dams and weirs that control the levels of both the Labe and the Vltava, which feeds into it. Though, the stones still only show up when the water is far below ideal levels.

Conserving these monuments is difficult, as heavy cleaning risks damaging the fragile inscriptions. Removing them to a dry spot on land is not an optimal solution, as they only make sense in their original locations.

Prague does not have hunger stones, as the Vltava is so wide and deep it seldom shows its bottom even when the level is significantly below average. It does have a stone that serves as flood warning. A carved stone with a bearded face called Bradáč used to be part of the Judith Bridge, which crossed the Vltava before the Charles Bridge was built in the mid 1300s/

When river water got up to the figure’s chin, it meant the city was in grave danger. As with hunger stones,  this was hardly stellar divination as the high level clearly meant the tipping point was passed and flooding was imminent.

The Judith Bridge lasted from 1158 to 1342. Since 1848, the heavily worn original stone has been part of the retaining wall next to Charles Bridge on the Old Town side, over a meter above the standard river level. It is rather small and a bit hard to spot.

Sculptor Petr Váňa made a copy that is since 2015 has been in the somewhat hidden remaining arch of the Judith Bridge, which now serves as an underground dock for tourist cruise boats at Křižovnické náměstí on the Old Town side of Charles Bridge. Váňa’s research reveals that the stone face is meant to be Jesus Christ from Veronica’s veil, from the part of the Passion story where a bystander lends Jesus a cloth to wipe his sweaty and bloody face.

Other reminders of past floods are more obvious. Small rectangular plaques on buildings near the Prague’s waterfront carry a line and a date. Those from 2002 can be seen in Prague’s metro and around the touristy city centre. Others are from even earlier, going all the way back to 1784 on a building next to Charles Bridge on the shore of Kampa island. A surprisingly high one with the date 1890 is on a facade on Novotného lávka. 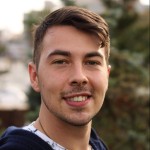