Dog Days Off, The Best Places to Take Your Dog on Holiday

Prague is one of the most densely populated European cities – at least, as far as furry friends are concerned. In 2017 a whopping 80,000 dogs were registered in the city, and the combination of plentiful parks and relaxed attitudes toward canines mean that it’s a veritable haven for man’s best friend. Even so, Fido deserves a holiday just as much as the next person. Peeing on the same lamppost day in, day out can grind a dog down.

Pet owners might be hesitant to take their animals on holiday with them – it’s often difficult to be sure whether your chosen destination will welcome your dog with the enthusiasm for which you might hope. In the UK, for example, dogs in restaurants raise eyebrows, and there are entire areas of the French Alps which enforce a ban on pets. Here’s Oko!’s list of our favourite destinations for the pooch on leave.

As you might expect from a country that welcomes so many tourists from the Czech Republic, Croatia is one of the most dog-friendly holiday destinations in Europe. Oko!’s recommendation is Cirkevnica, a small coastal town in the northwest of the country, which boasts lush Mediterranean countryside and superb beaches. A nine-hour drive from Prague, this area was originally settled by the Romans, and its beauty has been attracting visitors for centuries. In more recent history, tourists came for its health benefits: the clean air, hearty food, and views of the Adriatic make it an ideal site for a fortifying getaway. For the practically minded, the area (colloquially known as the Croatian Riviera) has pebbly as well as sandy beaches. A trip to the former might save the interior of your car if your dog is a fan of building sandcastles.

If you’re looking for a beach holiday, Croatia isn’t the only option. Northern Italy is fairly accessible from Central Europe (around a ten-hour drive), and its inhabitants are generally far more accepting of dogs than their southern counterparts. Indeed, beaches that don’t allow dogs are the exception rather than the rule in this part of the world. The town of Bibione, near Venice, offers quality accommodation a mere 500m from its kilometre-and-a-half long beach. A pine forest is located in the surrounding area, so your dog can spend some time chasing sticks if he gets sick of terrorising seagulls. Dogs who enjoy digging might be better suited to off-season Bibione, though – you don’t want to upset nearby sunbathers.

For those hoping to combine mountaineering with a spot of culture, Salzburg in central Austria won’t disappoint. The baroque town is set against a stunning mountain backdrop, and the outskirts of the city include alpine pastures and clear lakes. Dogs are not required to be on a lead on most local hiking trails, but keep a look out for signage: if you accidentally take your pet into the wrong area, you could face an eye-watering €360 fine.

The city, best known as Mozart’s birthplace, welcomes thousands of tourists a year, so its infrastructure is well-developed; between museums, hikes and concerts, you won’t run out of things to do. Dog-friendly hotels are fairly sparse, though, so check their policy before you book or take a tent and stay on one of the nearby campsites.

Mountaineering types will be disappointed to hear that dogs are not allowed to summit Mont Blanc, but this shouldn’t prevent you from attempting some of the other peaks in the French Alps. A rambling holiday in this area will require some preparation, since dogs are not permitted to enter Vanoise National Park, where many popular mountains are located. With creative route planning, however, you will still be able to hike up some 3,000m peaks. The region is known for its well-marked trails, which let you know whether you should keep your dog on the lead or not. Oko! recommends asking ahead about whether accommodation is dog-friendly, because camping in the shadow of the Alps can get chilly.

If you want to hike with your puppy, but don’t fancy driving all the way to France or Austria, why not take a trip to the Tatra Mountains? This mountain range, which forms a natural border between Poland and Slovakia, has been a popular tourist destination since the publication of Daniel Speer’s tales of adventure in the region in 1683. Slovakia’s Prešovský Kraj is particularly popular with tourists from the Czech Republic, but be aware that the trails on this side of the border are closed yearly from November until June. The Polish side is accessible year-round, but there are stricter rules for dogs – not wearing a lead and a muzzle can incur a fine.

You don’t have to leave the country to take your dog on its dream holiday, though! Povydří and its surrounding area, a natural-heritage site in Šumava, represents some of the country’s most breathtaking scenery. Clear streams wind between granite boulders and through deep canyons, and most of the area is verdant woodland – perfect for the dog who loves a dip after chasing sticks. The local village of Srní, with its picturesque traditional cottages, boasts dog-friendly restaurants and accommodation.

Finding a place to swim with your dog can be challenging, and most people are resigned to wild swimming if they want to join their pooch for a paddle. However, Pobotská Jezera, located a couple of kilometers north of Starý Boleslav, offers a dog-friendly swimming pool for anyone tired of swimming in the lake. The area also contains a campsite, golf club, event space, onsite parking, and restaurant, so it’s the ideal place for a low-stress getaway.

Holidays are our time to relax, unwind, and make the most of the world around us – there’s no better way to do that than with man’s best friend. Just don’t forget poo bags. 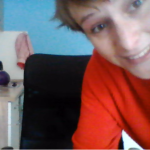